A Video Game, where you can only do ONE ACTION AT A TIME.

Keep in mind that you can switch between actions, meaning, you can choose which action to activate, without a particular order.

Also, the character moves automatically to the Mouse, when the action MOVE is activated.

You ONLY HAVE ONE DAGGER, so don't forget to pick it up after you throw it.

The Video Game is in English and Spanish. You can change the language in game, with the Q key.

Enjoy and have fun :)

*Only works when MOVE Action is selected

*Only works when AIM Action is selected.

*Only works when THROW Action is selected.

*You only have ONE DAGGER, so Pick It UP after the Throw.

The difficult increases after achieving milestones, changing properties of the game, like the player’s visibility, or the target’s speed.

Some instances are piled up while others are overwritten.

Controls testing.
Try and error field.
Targets spawn every 3 seconds, up to a max of 10 targets.

New: Targets spawn every 1 second, up to a max of 20 targets.

All content within the game is imagined. Any coincidences with reality should and must be considered as a coincidence. Please, for your safety and that of others, do not imitate anything from this game. Video Game developers are not responsible for player’s actions made outside the game.

You may upload gameplay footage of this game. Make sure to give credit and add the link to the game in the description, so others can enjoy as well.

Remember that this is a project made for the GMTK Game Jam 2019, so it is free for everyone to play :)

Music, Design and Programming by Dr.Phaseo.

One piece of feedback:

"imaginated" is not a word

This is what happens when you trust Google Translator.

Thanks for pointing it out. 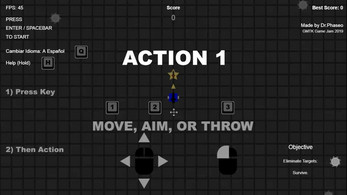 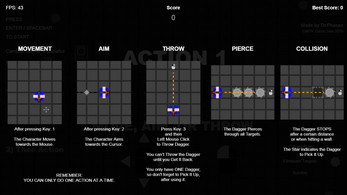 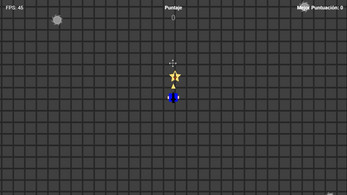 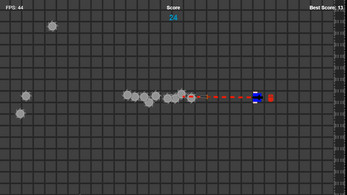 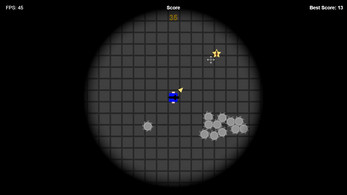